Cicely and I on Bourbon Street

For a good portion of my life, I have had a small obsession with New Orleans, LA.  It has always had a certain allure and mystique. Then, I discovered Cajun and Creole cuisine in college. I was sold. I had made several plans to visit through the years. One year, I was supposed to go with some college friends to Mardi Gras. An overprotective guy friend put a halt to that. He didn’t like the idea of me “earning beads”. Hurricane Katrina devastated the city. For a moment, I thought I would never see the city. New Orleans recovered slowly, but surely. At one time, Rob was working on-location for the “Great Debaters” in Louisiana. We made plans for me to meet him in New Orleans. Again, those plans fell flat. Last year during our cross country roadtrip, Cicely and I were going to make a side trip to New Orleans. Our driving schedule fell apart and we didn’t make it. I was beginning to feel like it just wasn’t in the cards for me to visit the Crescent City.

Last summer, Cicely put her foot down and said that we were definitely going to go. One way or another, we were going to make it happen. New Orleans is a short drive from Houston. I was told that if I found my way to Houston, we would find our way to New Orleans. While I was in Denver, I signed up for the Mardi Gras Half Marathon in New Orleans. I sealed the deal.

I flew into Houston where Cicely happily awaited my arrival. I won’t bore you with the Houston portion of my trip. It was brief and not particularly noteworthy. Besides, I’d visited Houston several times. The only thing I like about it is that Cicely is there. The only things worth mentioning is that I finally met… FRASIER! (Cicely’s Boston Terrier) 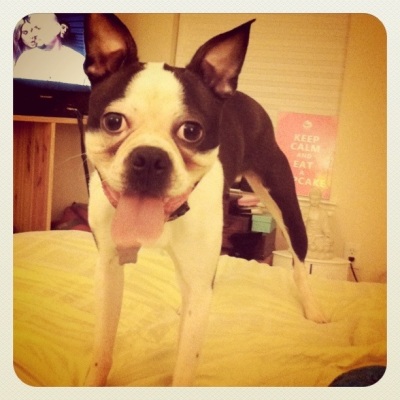 and I had some heavenly Chinese food. 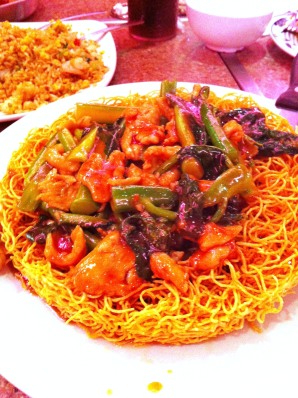 Pan-fried Noodles with Chicken and Chinese Broccoli from Tan Tan

Beef and Scallions on Flat Rice Noodles from Tan Tan

Once we handled some business in Houston, we headed for New Orleans. 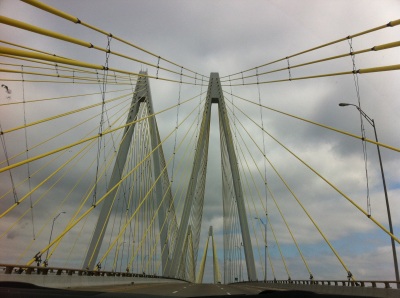 Bridge on the way out of Houston

After a few hours on the road, we had arrived… New Orleans! At last! 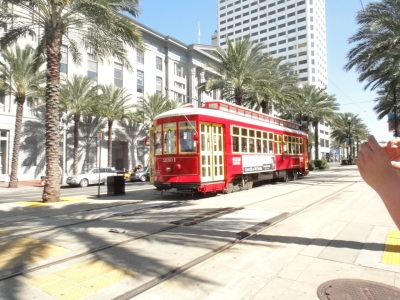 We met up with a few friends. I met the lovely Julia Pretus who I knew from Twitter. Our friend L joined us and eventually D rounded out our party.

We had a simple agenda – enjoy a few sights and all the food and drink our stomachs could handle. Oh yeah.. and I was supposed to run a half marathon. 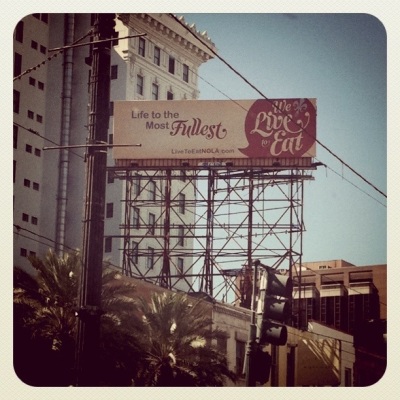 A motto I could live with

It wasn’t difficult to stick to our agenda. We ate a lot. New Orleans is a gastronome’s dream. You can’t get a bad meal anywhere and you don’t have to spend a lot for a delectable meal. This put my eating in Denver to shame. In New Orleans, I ate like someone who had been lost in the wilderness for months and ate nothing but nuts and berries. Here are a few of the tantalizing meals. 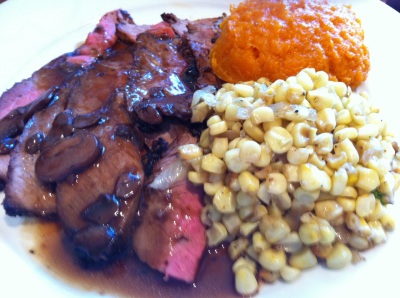 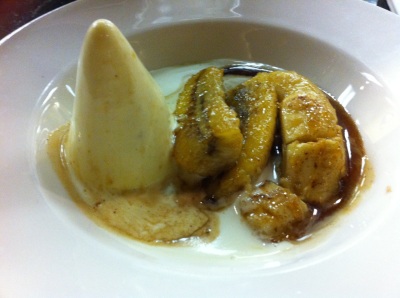 For more of my food exploits, feel free to checkout my Foodspotting account.

You can’t go to New Orleans without drinking. Alcohol is plentiful and readily available. Again, I won’t say exactly how much we all drank. It’s not because I’m being discreet. Frankly, I’m not sure how much was imbibed. All I can say is that this is the most inebriated I’ve been in YEARS. I am a happy, giggly drunk who loves everyone. So, Cicely, L and D were in for quite a treat. 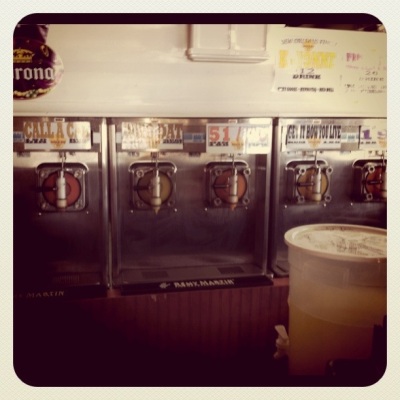 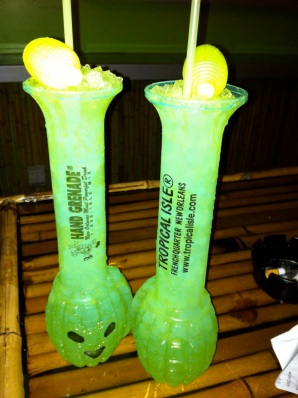 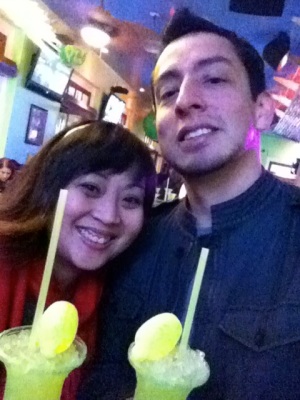 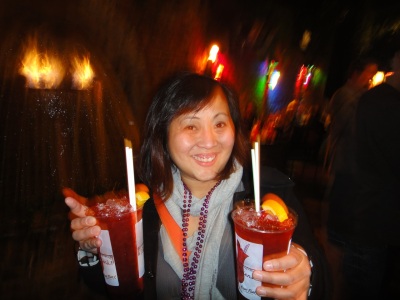 I won’t share any more photos. I think you get the drift. Don’t worry.  Despite being blitzed beyond belief, I retained my dignity and didn’t try to “earn beads”. Besides, it was cold out 😉 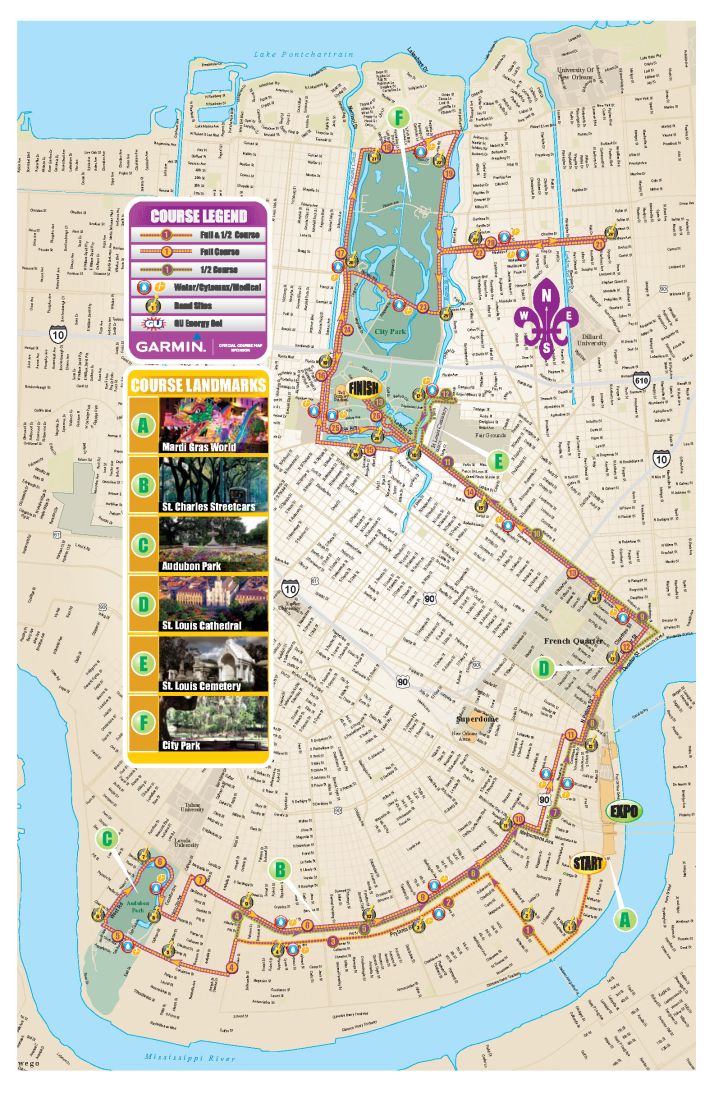 It’s not a startling revelation that this was not my most stellar half marathon performance. Between the eating and being hungover, I did not fare well. In fact, it set me up for some serious asthma issues in the middle of the race. There was a moment were I even considered pulling out of the race. I was given the option, but decided to continue and finish. The course while flat and scenic was peppered with potholes and very uneven roadways. I saw quite a few people take spills and roll ankles. It wasn’t pretty. The worst part is that many of the water stops were undermanned. There wasn’t enough cups of water ready for those of us that started towards the back of the pack. It was such a rough go that D and I didn’t even stay for the post-race festivities. This is easily my least favorite half marathons of the ones I’ve done thus far. I’d be hard-pressed to run it again. 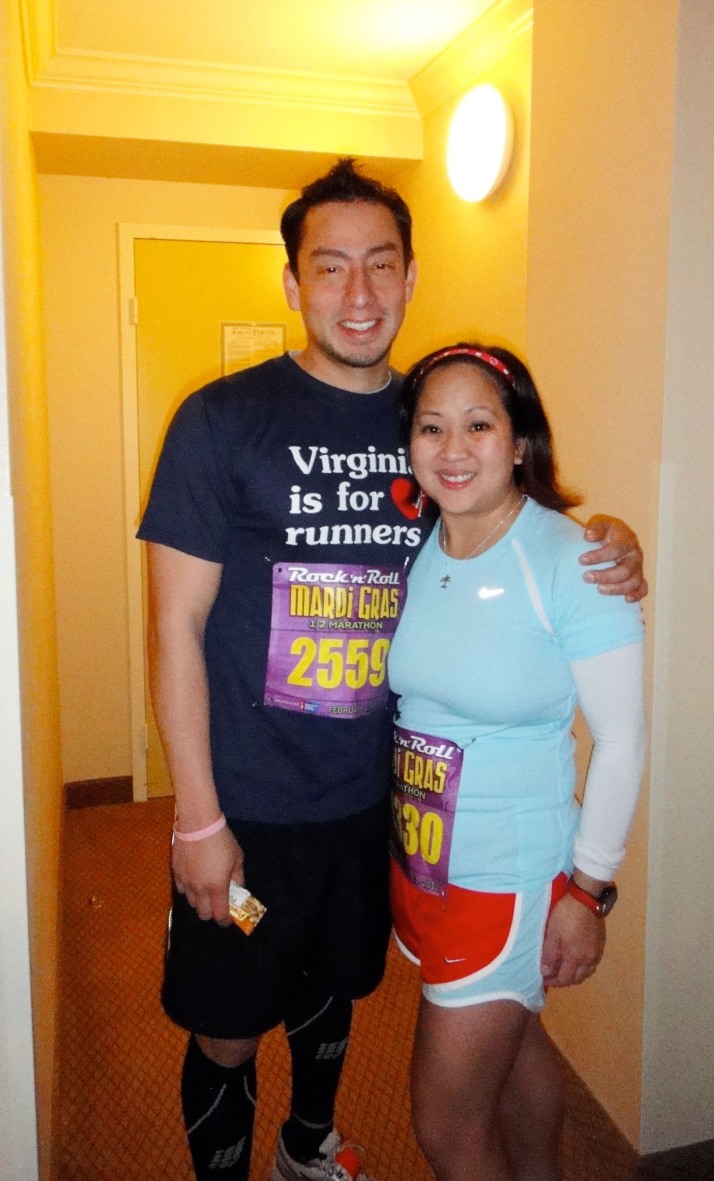 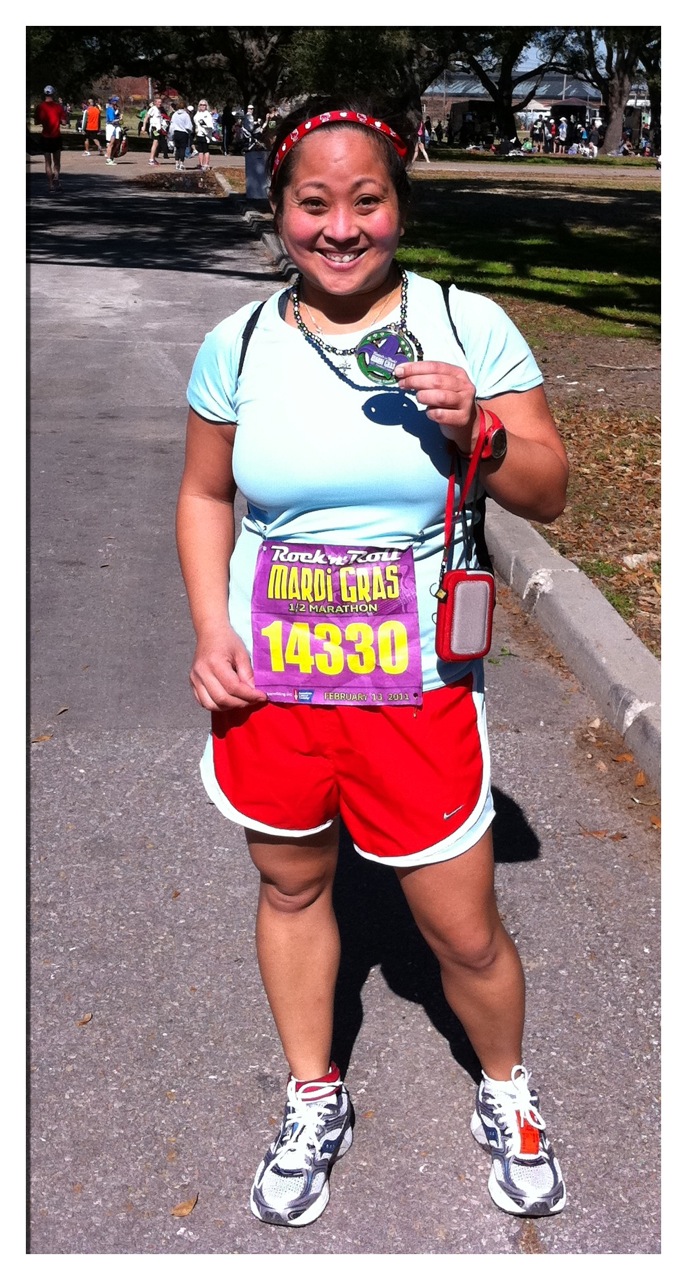 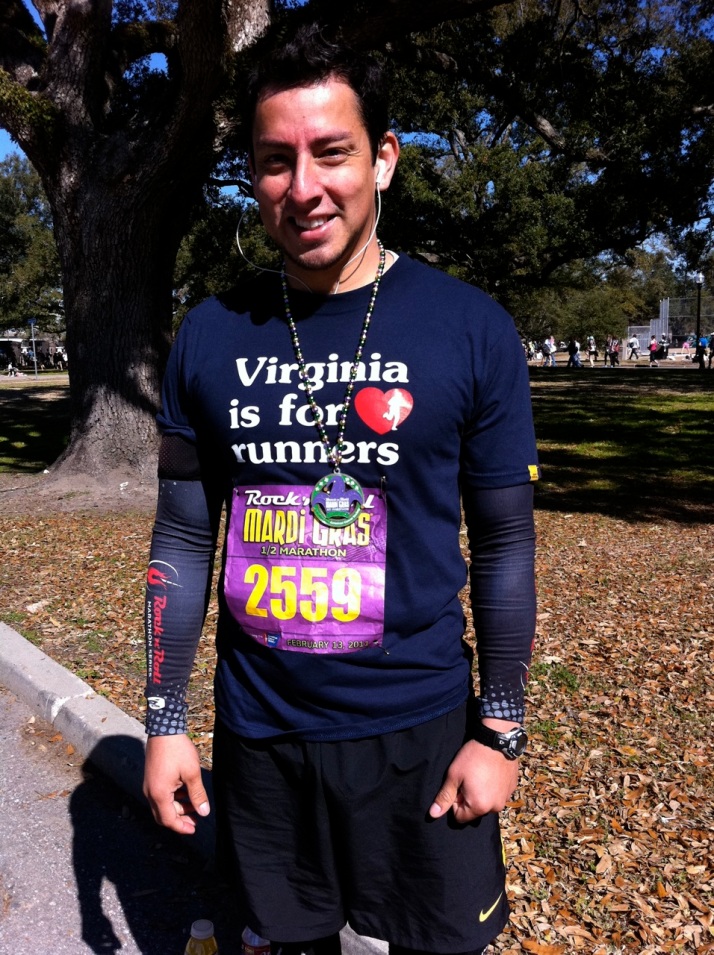 On a slightly sappy sidenote, D and I celebrated Valentine’s Day in New Orleans. 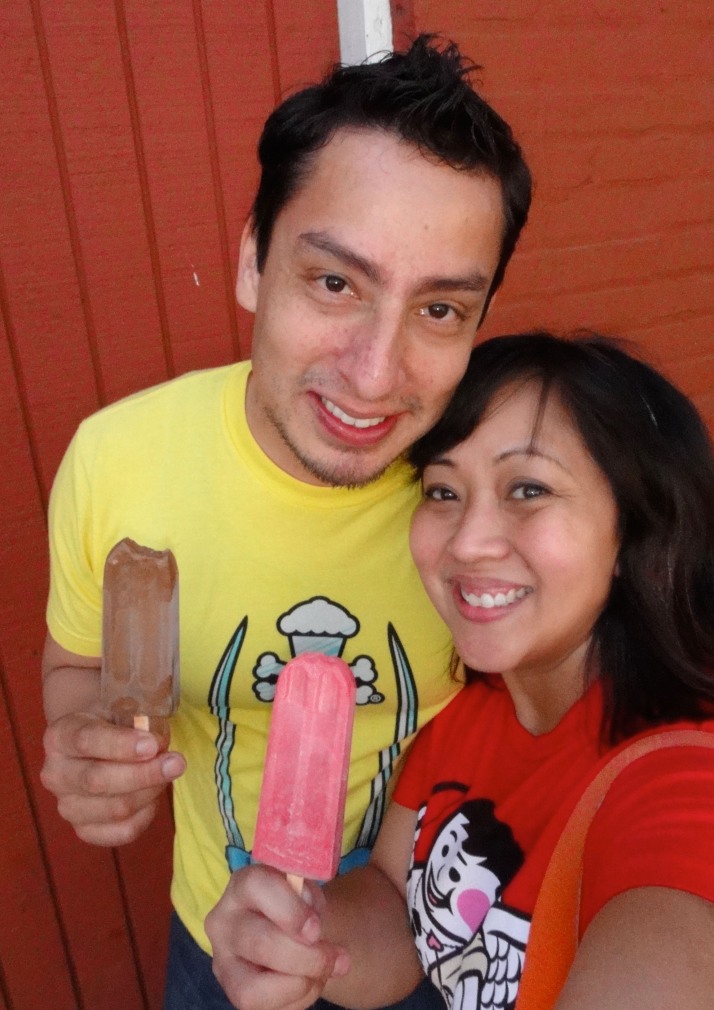 The verdict? New Orleans was better than I could’ve dreamed. Although, I couldn’t live there. I’d be bigger than a house even with all my running. Also, I won’t be running any races there again, but I’ll certainly be back to eat.

The writing and photos by Anne Kabaitan are licensed under a Creative Commons Attribution-Noncommercial-No Derivative Works 3.0 United States License.

What I gab about…